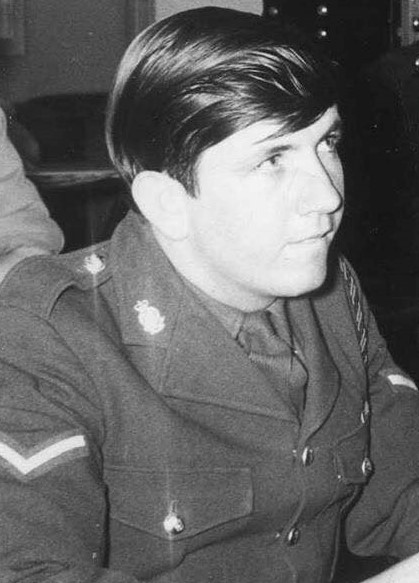 We had an advantage over Depot and barrack based troops.

At the Singapore Headquarters of Far East Land Forces, set in rolling parkland near the botanic gardens, there were employed a dozen or so white women, daughters of serving officers.
White women in Singapore were truly the holy grail of every soldier’s sexual fantasies. Somewhat stupidly we believed white women to be superior to the natives, more educated and more desirable in every possible way.

In fact, stupid is putting it lightly. Such a belief was based on cultural superiority, lashings of racism, colonial arrogance and plenty of sexual inexperience.

Today it would be an entirely unacceptable view to hold, and even to mention it is probably highly politically incorrect. But that’s how it was back then

Anyway, we believed, we HQ wallahs, that we had an advantage. Of course, these girls, for they were mostly under 22, knew very well the effect they had on soldiers who lived in an environment where white women were so scarce. They tended towards very light summer dresses with fashionably high hemlines and often, dangerously low-cut, thus making visits to their offices, on occasions, a rather erotic experience. In fact, they had rather a lovely time for they were forever being invited to parties at various officers’ messes or wardrooms – and taken to yacht clubs or polo matches and so on. We poor rank and file stood no chance.

In the Ordnance offices at the Head Quarters, known I think as the Ordnance Directorate, were two or three really special examples of these girls, just absolutely drop dead gorgeous, wonderfully breasted, sex on legs. English roses, delicately white, living walking talking specimens of every soldier’s wildest sexual fantasy. It has to be added that they were really nice girls. They had great personalities as well as great breasts.
One such was Valerie, the daughter of an Army Pay Corps Officer, or maybe a medic, I can’t quite remember. But Valerie Passmore, for it was she, was very very beautiful and I lusted for her. I don’t quite know how I did it but she agreed to come out with me on a date. Me! A lowly lance corporal! To say I was utterly gob-smacked is to considerably understate the case.

We went if I remember rightly, to the cinema on Orchard Road and afterwards I walked her home. Her parent’s house was set in the delightfully manicured acres of the British Military Hospital and I walked her through the gardens towards home, meandering the paths and avenues of trees and shrubs. It was one of those wonderful Singapore nights, cool and scented with Frangi Pangi. We held hands and chatted away like young lovers do. I possibly refrained from telling her about my war service with the Landry and Bath Unit as in those days I was not quite so comfortable with it. Almost certainly I talked about Nottingham Forest. Great romantic that I was I picked from a nearby shrub a frangi pangi flower and placed in her dress, her dangerously low-cut dress, just where those wonderful softly swelling mounds met in a cleavage, that even after all these years, still causes a slight shiver down my spine. We kissed.

It was the flower that did it, for she almost instantaneously had a violent allergic reaction to the frangi pangi and her flawless white skin, even as our lips met, erupted into horrible red blotches, especially around the soft swelling of those wonderful breasts, wherein I had only seconds ago, embedded the frangi pangi.

She was in shock. She thought the allergic reaction was to me. Perhaps she thought that’s what happened when you kissed a lance corporal. In some distress she fled into the night leaving me alone and wondering what might have been…

Poor Valerie. She was off work for a few weeks while her delicate skin recovered its usual erotic lustre. I like to think that she ever afterwards regretted having failed to consummate her great romance with the dashing young bath unit operative, but the truth is that I was probably the last lance corporal she ever kissed and that thereafter she stuck to officers. No matter, I think of her often, especially her breasts, and with the greatest possible affection. That cool scented Singapore night, a white woman, that dangerously low-cut dress and my enduring and bitter hatred of the frangi pangi plant.

Check out the CONTENTS page for more bits and pieces

6 thoughts on “The Kiss of a lance corporal”

Take My Words For It

Monthly Festival : Turn your book into a movie and get it seen by 1000s of people. Or garner FULL FEEDBACK from publishers on your novel and help your next draft. Or get a transcript video of your novel performed by professional actors.

Broadsides - A collection of bits and pieces

"Unprovided with original learning, uninformed in the habits of thinking, unskilled in the arts of composition, I resolved to write a blog”

Discovering the joy of art